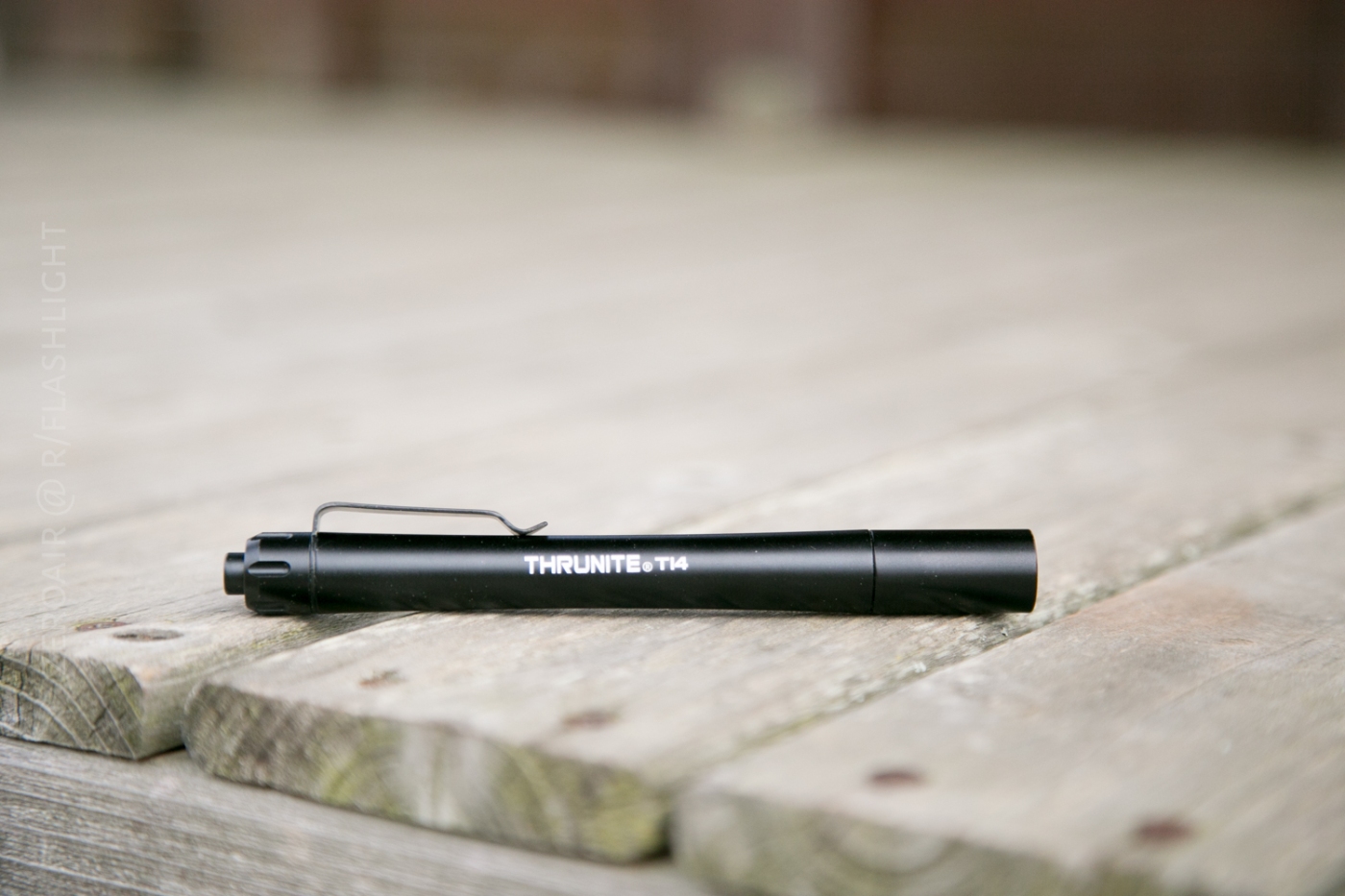 I’ve never really had a penlight before, so I was interested in giving this one a go.  I also haven’t really done an XP-G2 light in a while to my recollection, so this light should be a good departure.  Thrunite provided this Ti4 for review – thanks Thrunite!

Link to Official Specs and Features

As with most Thrunite lights I’ve seen lately, there is a cool white (CW) and (thankfully!) a neutral white (NW) version.   The one I have is the CW.

Listed and available on Thrunite’s site for $19.99.

Disappears in a pocket, and has a nice clicky action (much like a Bic Click pen, the only style pen I use!)  I’m quite pleased with this light, and find it to be a good value.

Here’s an album of glamour shots, and here’s a runtime.  Here are some beamshots.

Straight up typical Thrunite package, which I’m very pleased about.  It’s a cardboard box, no plastic on the outer.  The light is held in place by a bit of foam, and is enclosed in a soft plastic bag.  This is a great package.  Maybe the bag around the light is unnecessary, but I really like these Thrunite packages. 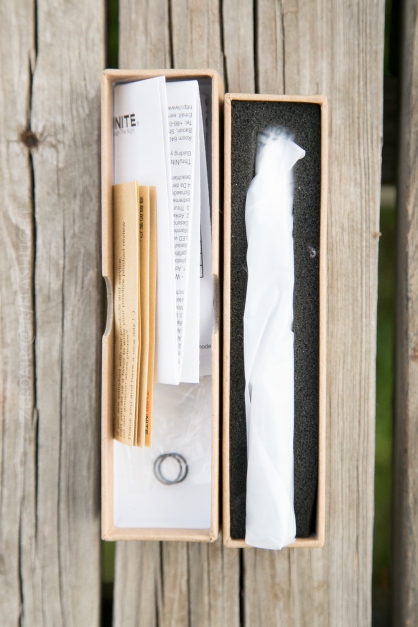 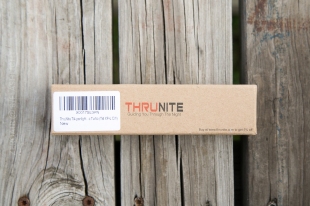 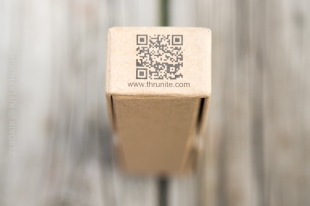 The manual is thorough and full featured, including UI and Specs and warranty and warnings and the whole bit.  It’s also nicely folded (something that really gets my attention), such that when it’s open to the language of your choice, it’s actually already creased to make easy viewing.  This might sound minor, but it’s something that’s been done right, and I appreciate it.

The Ti4 is nicely built.  It feels robust.  Unusually, this light has no knurling – probably a normal thing for penlights (this is my first penlight!). 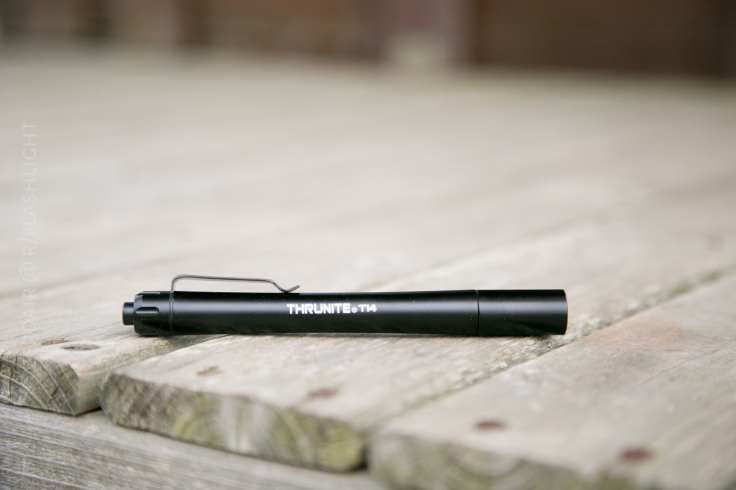 There’s not too much to disassemble however.  That said, an emitter swap is possible (because other users here have reported doing it!)

The cell tube is directional, and the threads have plenty of lube. 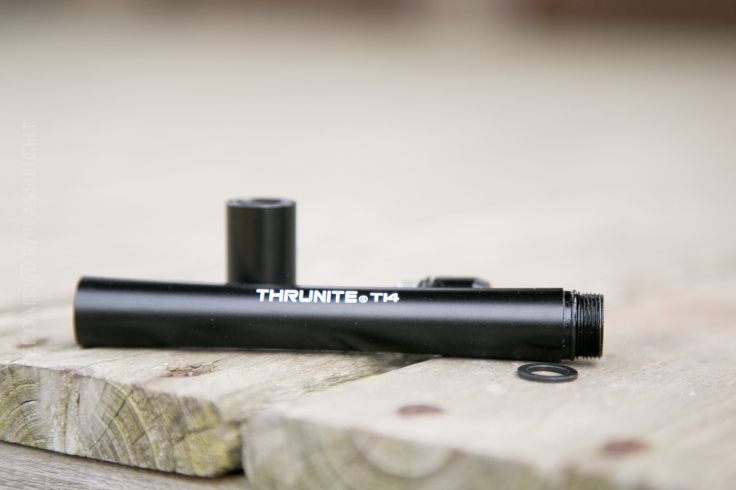 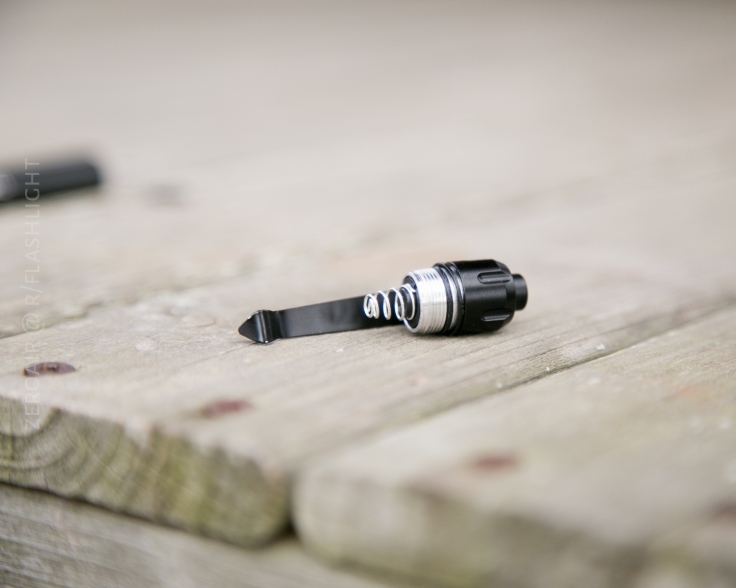 Here are some pics for you to see for yourself. 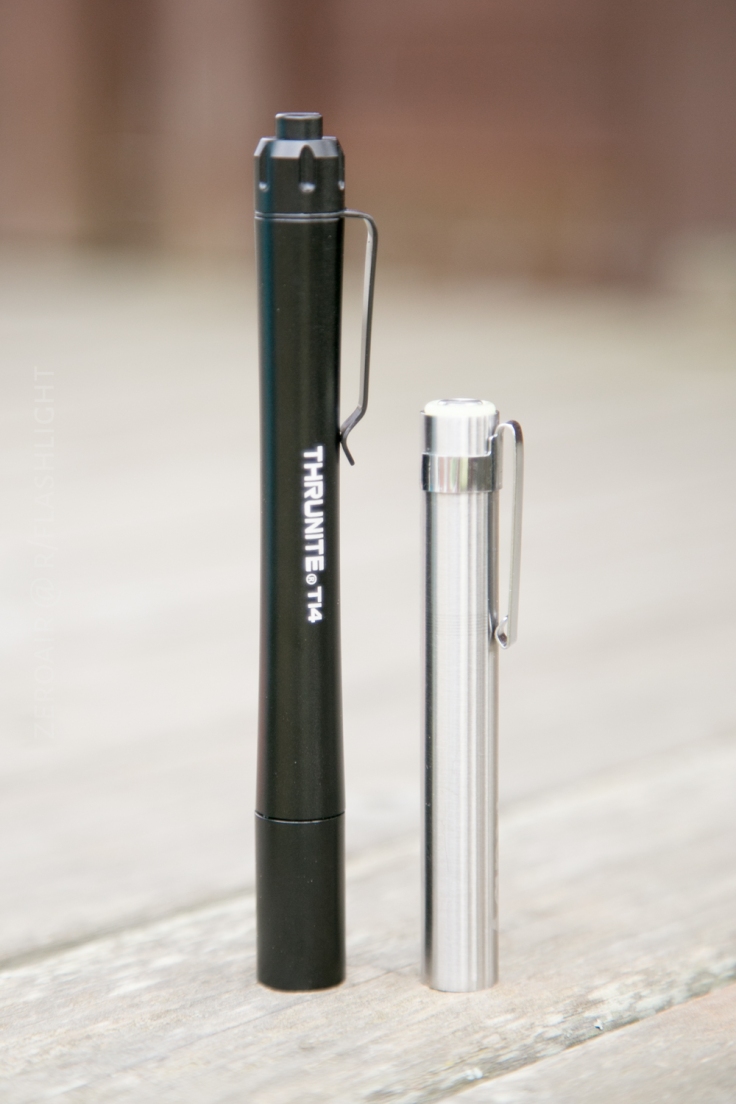 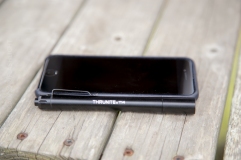 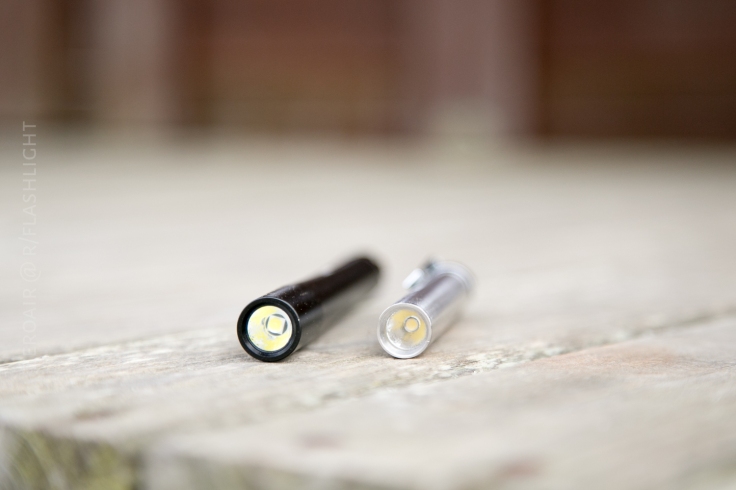 There is but one option for retention on this Ti4:  The installed pocket clip.  The clip can be removed, but – as it’s the type that has a ring around the threads of the tail – there will be a small gap.  The clip is also directional – there’s a detent that requires specific orientation so that everything will screw together nicely. 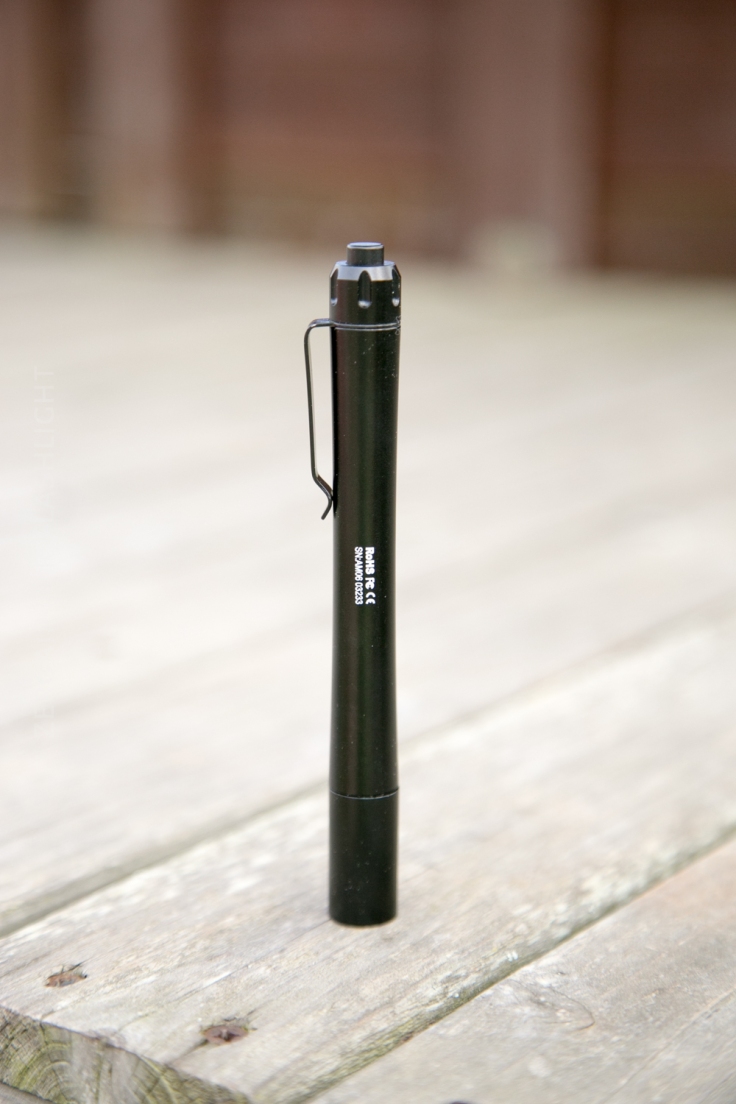 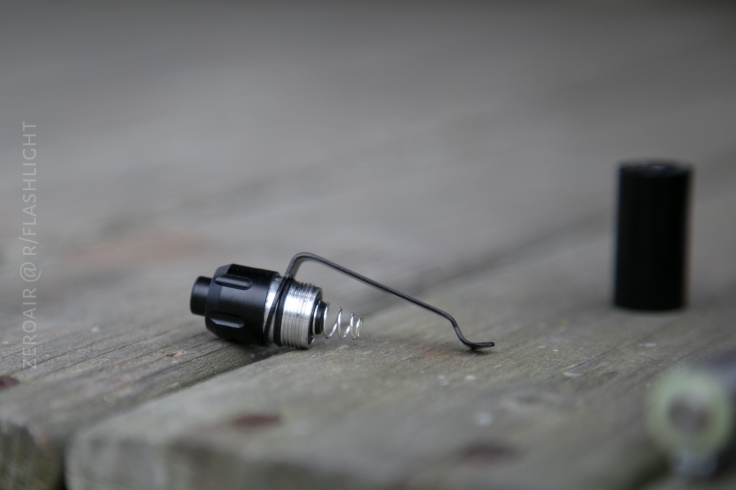 As mentioned, this light works with two AAA cells.  I use and all my testing is done with Eneloop AAA cells.

Two AAA cross don’t provide a lot of Ah, so we wouldn’t expect tons of runtime with this penlight. And that’s what we get really… Convenient light but not for very long.  Here is a runtime graph, on hey highest setting.

So proud that I’ve accidentally activated this light a number of times (two, at the very least, and I think once when I had AA and left the light on overnight!).

The UI is fairly simple:

All that said, I found the UI to be different enough from what I’m used to that it took some practice to be able to get the modes I expected from off.  I was an also not a fan of the means by which stove is accessed- I found myself accidentally ending at strobe a number of times.

There’s a Cree XP-G2 in this Thrunite.

The reflector is a tiny, shallow orange peel reflector.   That smallish reflector makes for a quite broad beam, with little throw and almost no hotspot. A very good beam for what’s probably the normal use case for this light. 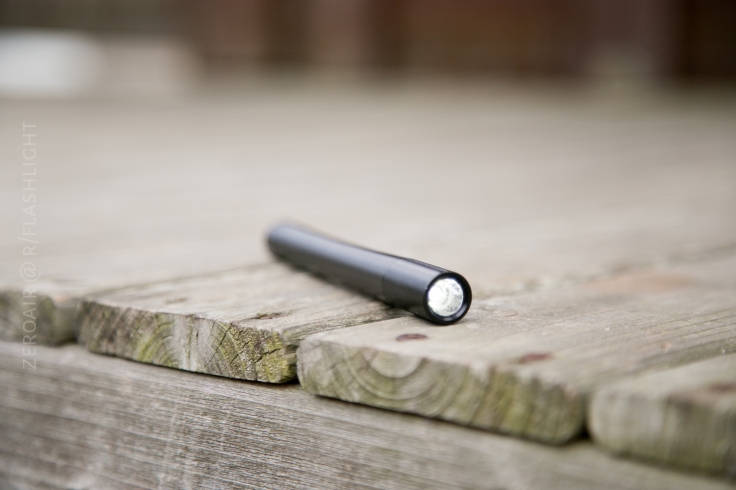 There are a couple of very similar lights worth mentioning.  First, and probably most similar is the Olight O’Pen.  That’s an older light and maybe not available now, but the clicky bits look almost just like what’s on this Thrunite here.  Just an interesting tidbit really, nothing more.

Another similar light is the EagTac PN20a2, which not only has a tactical interface and clicky, it also has a selector ring.

And one more, the Nitecore MT06MD, which I’ll have a review copy of soon enough, compares physically but has a Nichia 219b.

If you’re interested in purchasing this light, have a look on Thrunite’s Amazon page. Thrunite offers a two-years free replacement with new one if light defects with normal use. Lights just need to send the defective light to ThruNite warehouse.

I’m still working on the TorchLAB BOSS and in the meantime I have those four knives (which will probably get done soon).