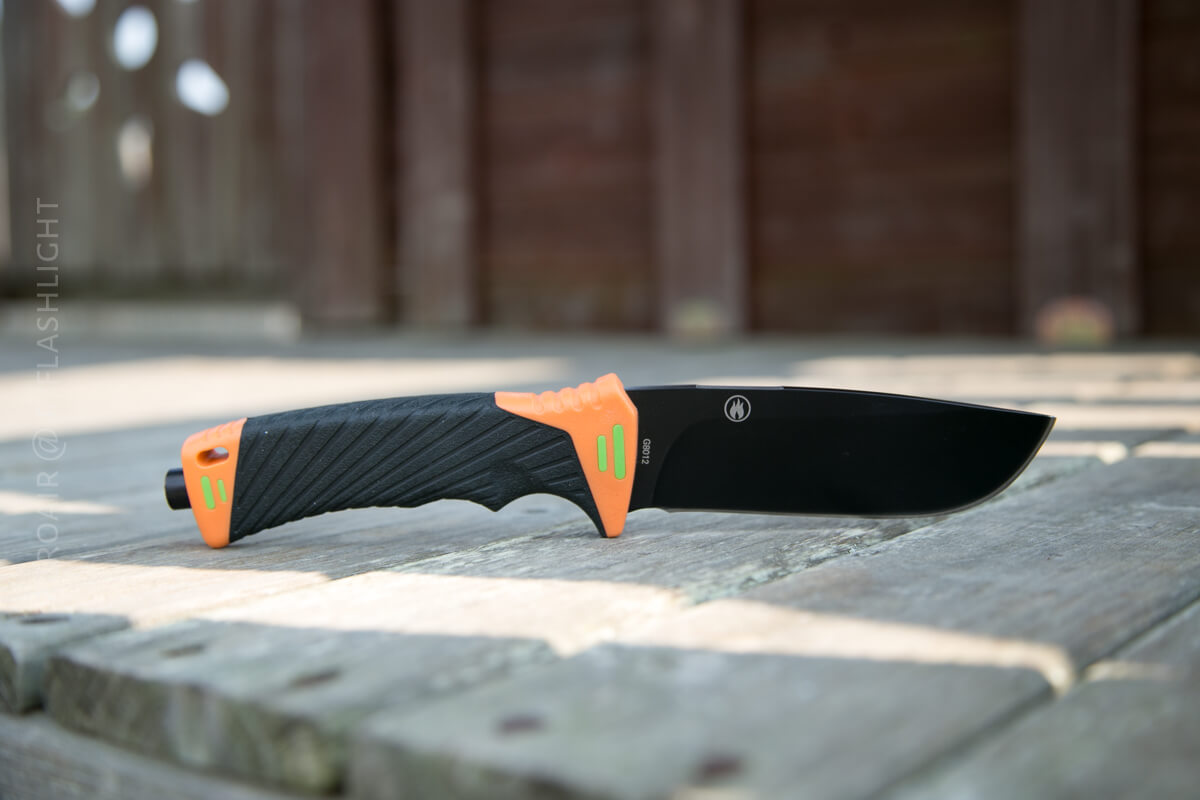 I’ve been asking GearBest for a fixed blade knife for a while (they have one I’d really love to see!) – they sent this survival knife.  This is a big knife, and has a lot of accessories in the case.  Read on for some thoughts and photos!

This knife is available in four different handle colors.  All the blades are finished with a black coating, however.  They don’t have any other differences than handle (and accent) color.

This big knife comes in a not-much-bigger cardboard box.  The knife is in a cardboard tray, and is inside a plastic bag, too.  It’s a pretty nice package, with a little printing on the box.  And of course, GearBest’s inventory sticker (which, in this case, covers nothing important.) 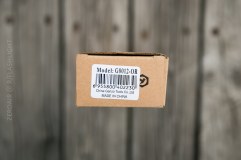 It’s probably worth noting that the sheath protects the knife very well anyway, so the package doesn’t have to be particularly robust.

While there’s a lot going on with this knife and sheath, and it’s a large knife, it does not have a terribly aggressive look.  It really has a very “camping” knife look, not a “gonna murder you” look.  Which is great because I love to confuse people.

Wait what?  Anyway, moving on…. 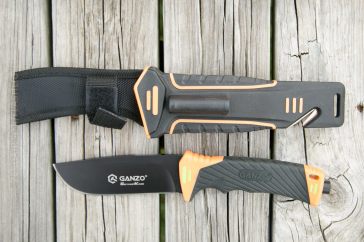 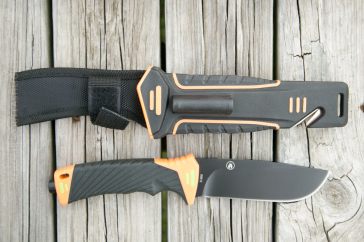 I’m pleased to have received the orange version.  Orange and black is my jam.  Just look at the ratios here:  This knife is over half blade!! 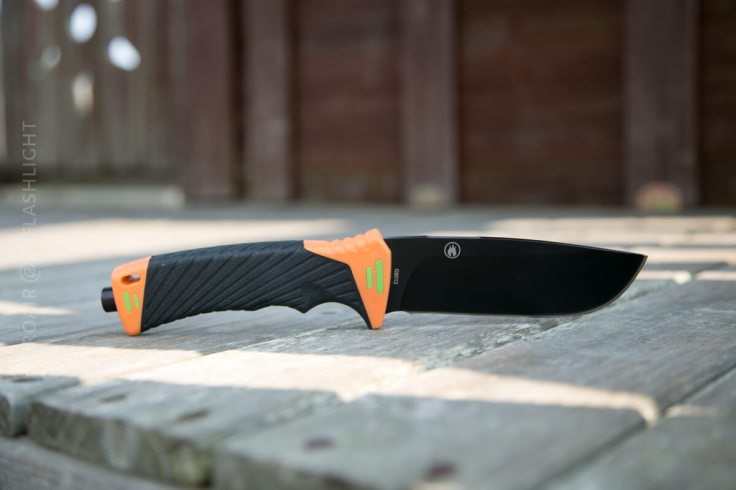 The sheath this knife lives in is made for a belt.  There’s a loop to put the belt through.  While one isn’t included, there is a loop at the bottom of the sheath that would allow tying the lower part of the sheath around one’s leg, so it won’t bounce when chasing things. 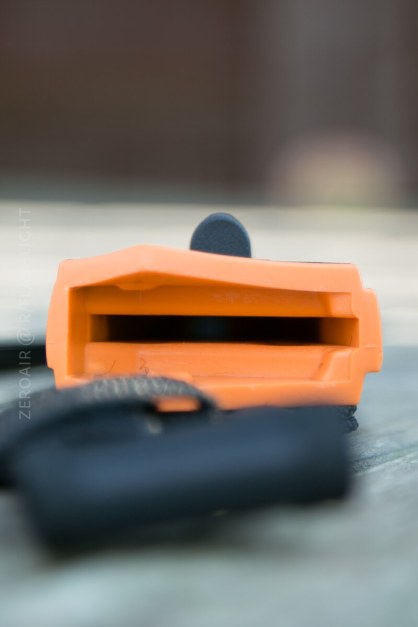 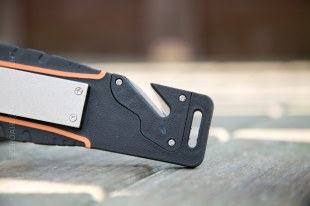 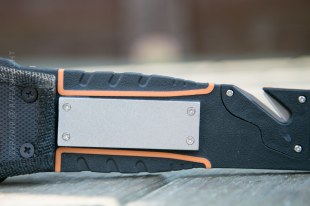 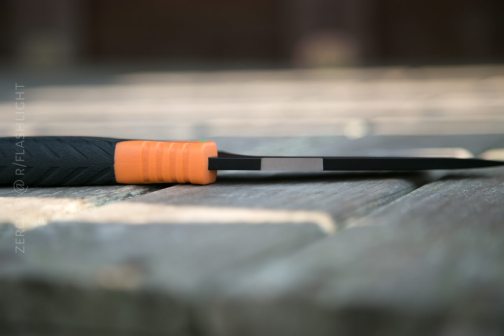 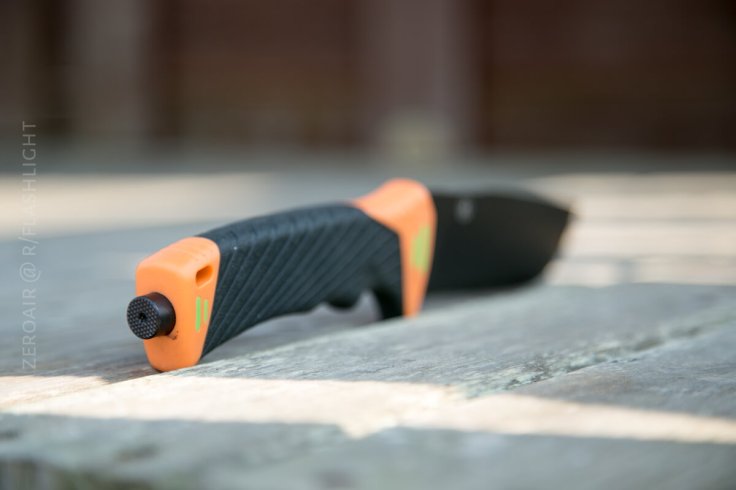 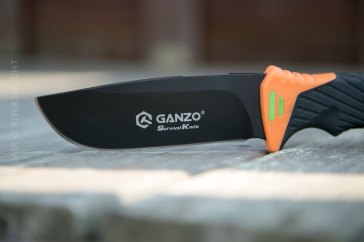 Officially: 24.5cm long, with a 10.5cm blade.  It’s a large knife, that you’ll want to carry in the included sheath.  The blade is quite thick, too. 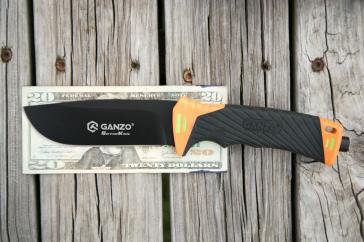 Ganzo says this knife has 7Cr17Mov.  It came to me very sharp, and the tip as you can see below, is well centered.

The blade has a nice even sharpened area on both sides of the blade. 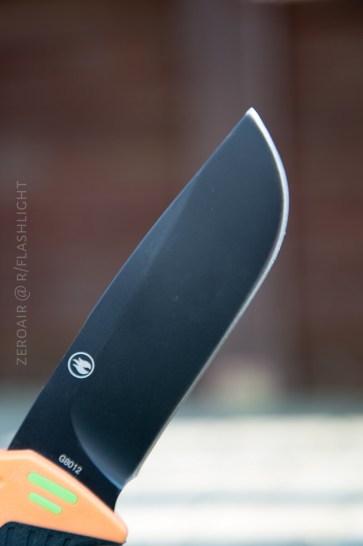 Next I have a couple of lights, and a bunch of the Fura brand knives!