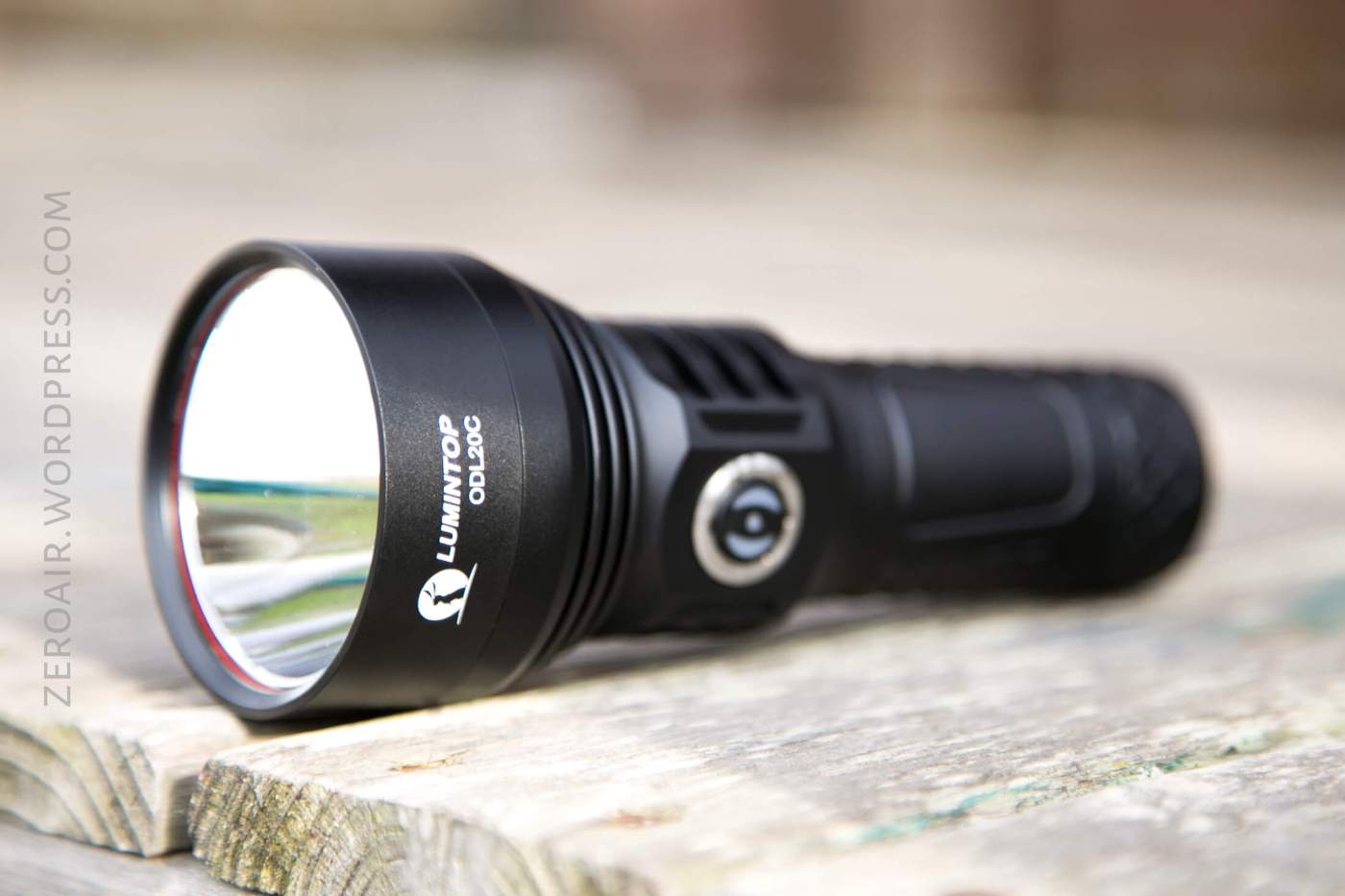 I’ve been getting more Lumintop lights lately and that’s something I’m pleased with!  They make high quality lights, and fit some nice categories.  This is the ODL20C, a 26650 thrower, with built in charging!  Read on!

Only one version of this light is available.

The going price is around $80, but it could be there are some coupons around.  If I find one, I’ll post it here. 🙂

15% discount code sponsored by lumintoponline.com, which is an online store of Lumintop.   Code: OO36NAT0QLGR
The code is valid from July 6th to Sept. 6th. It can be used for orders contains an ODL20C flashlight.  There is no limits of use time for an account.

This is a solid light in one of my favorite categories.  I love the size format of [small] 26650 throwers. 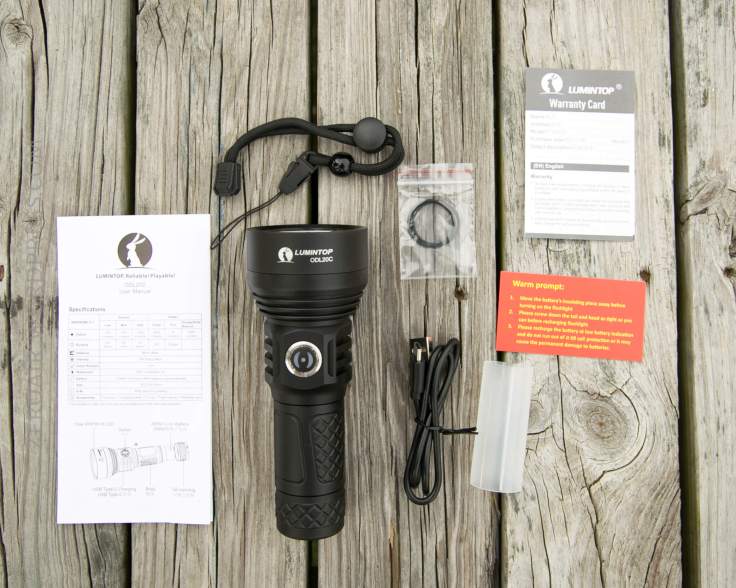 No cell is included!  I think Lumintop has 26650 branded cells; that’d be a nice addition to this package.  (In fact, then we could say it’s a complete package, since it charges too!)  (Indeed, there’s even a Lumintop 5000mAh 26650 shown in some of the product images for this light.)

The ODL20C ships in Lumintop’s typical cardboard box, with Lumintop branding and a very general spec/UI/etc chart on the back.  I quite like this packaging.  The light rests in foam in side.  The foam isn’t glued down, and the paperwork is under it. 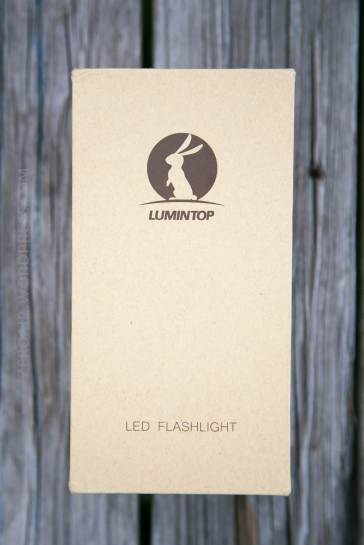 I find Lumintop lights to be improving in quality, rivaling and possibly surpassing other major brands.  This light just feels nice in-hand.  The anodizing is smooth and well finished (and no nicks during my use of this light!).

There’s a nice faux-pineapple pattern in some of the grip.  It doesn’t add so much grip as knurling, but it’s a nice accent.  There are fins around the head and switch area; thick fins, great for heat dissipation. 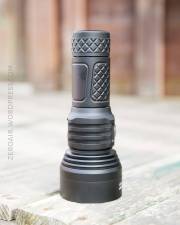 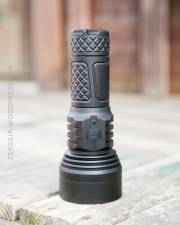 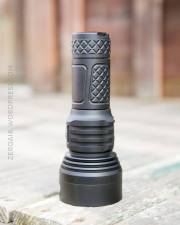 The switch is fairly large, and the ergonomics are great.

Here’s a small teardown.  I wasn’t able to unscrew the bezel.  The head and tail unscrew readily – in fact either is a good choice for cell swaps.  The tailcap has a nice thick double spring, and the head has an interesting springy button. 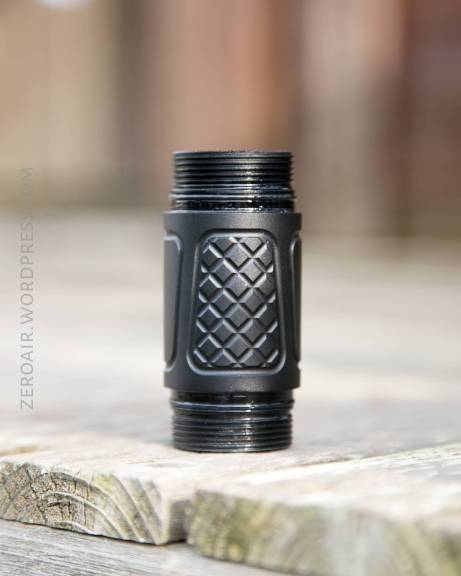 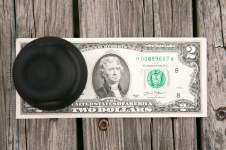 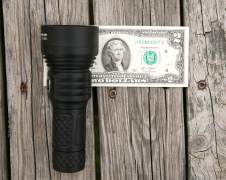 It’s not a small light but for it’s class, it’s pretty reasonable.  Below, it’s beside the venerable Convoy S2+.

There’s really only one included means to carry this light, and that’s the lanyard.  The lanyard attaches on the tailcap, through a small hole.

There’s no pouch, and no pocket clip.

Primarily powered by a single 26650, the package also includes an adapter for using a single 18650.  I’ve used a flat top 26650 for my testing;  flat or button top will work.  You will need to use a fairly capable cell, however, since the light draws 7 Amps on turbo.

Below is a runtime on Turbo.  Output trails off until a stepdown at around 15 minutes, to a stable output higher than “High.”  I measured thirty second output at around 1950 lumens (rating is 2000).  The switch indicates when the voltage is low by blinking red.  At the end of this test, the cell was at 2.87V.

Similar story for the second runtime – except rock solid output on High for nearly the complete runtime.  I measure this at around 1120 lumens, slightly higher than the rating of 1000 lumens.  Similar cutoff voltage here, of 2.86V.

This one also has on-board charging.  It’s a USB-C port, but the cable connects via regular USB.  A nice test would be a proper USB-C to USB-C cable, to see if that’s faster charging. 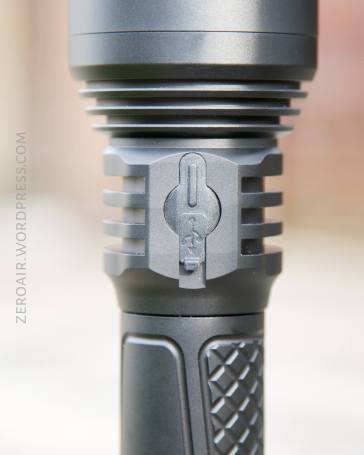 Charging proceeds at around 2A – but just under – for most of the charge.  It’s an extremely clean charge graph though, and I’ll take this over a faster charge.

The ODL20C has a single button.  It’s a side, indicating, e-switch, and has a rounded dome like shape.  I’ve become accustomed to flat buttons, so this one is noteworthy in that regard.  The switch is very clicky and moderately loud.  It’s a fine clicky, and a great switch.

The UI is exactly like the ODF30 I just reviewed recently.  Here’s a UI table!

* Lockout of course starts in Eco, but doesn’t switch off when lockout has been enabled.  Instead, it switches to a slow but bright flashing.  The switch is capable of momentary in this setting. To exit lockout, the tailcap must be unscrewed and tightened.

Lumintop has chosen the Cree XHP35 HI for this light.  A very sensible choice for this thrower.  The reflector as you can see below, is very smooth.

The beam is very much a spot, with little spill.

The competitor to this light is the Manker U21.  Same emitter, 26650, and available in NW, it’s a compelling offering. I’m not sure the U21 is still available, and doesn’t seem to be driven quite as hard, with only 1300 lumens output.

Not a negative, but again I’d love to see Lumintop include a cell for the purchase price of this light.

I hope to wrap up the Xtar PB2 this week!