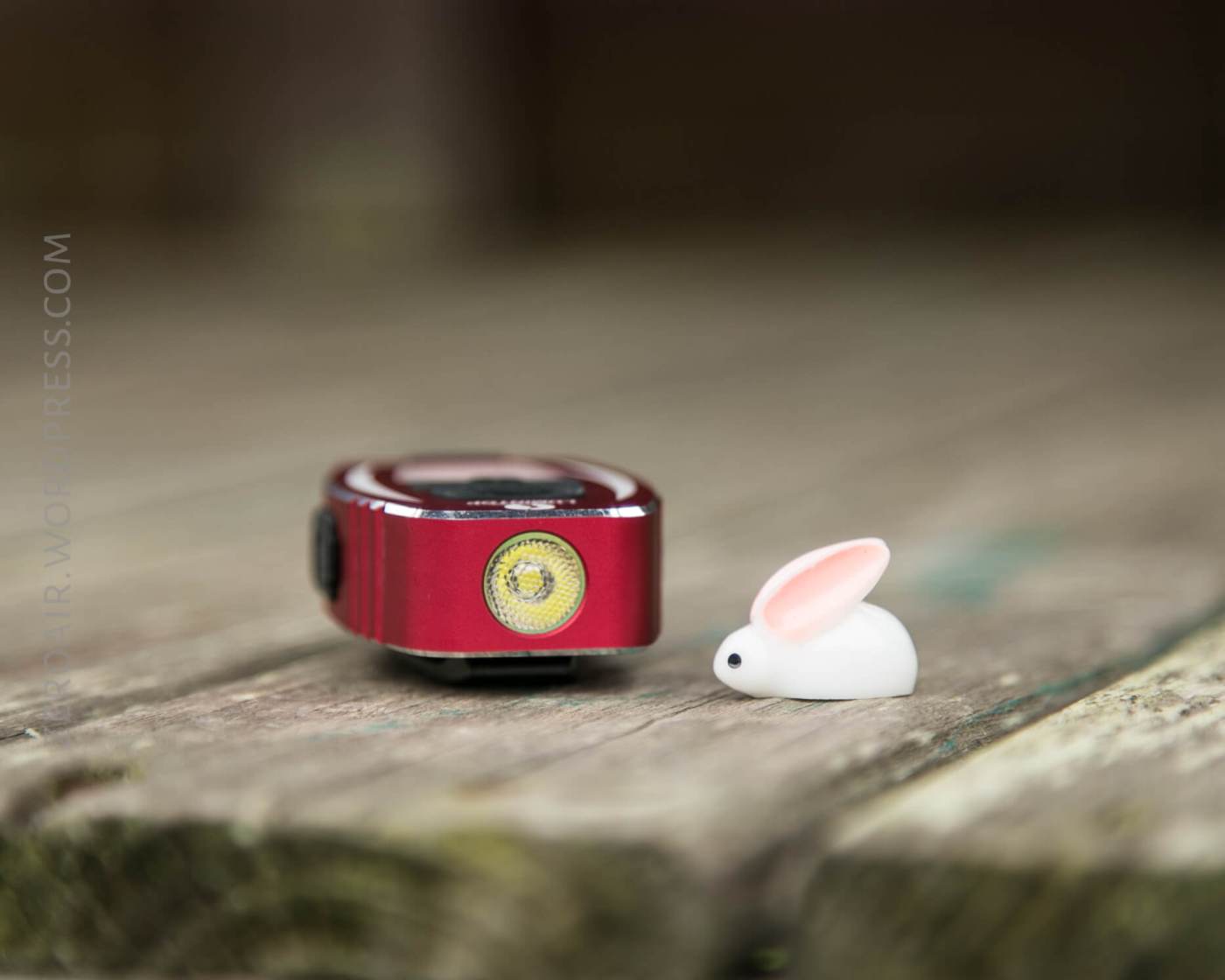 Today I have a light I’ve been geeked up about for a while now.  Lumintop sent one to me for review, and I put it through the paces.  Here’s the review of the Lumintop Geek!  It has Nichia!!

There is just one version of the Geek.

The official Lumintop amazon store has this light for $75.  This light can certainly be had for less elsewhere, and I feel like $75 is higher than even the MSRP.  Maybe the official store has low stock?

This light is also available via the Lumintop official site for a much more reasonable $45.90.

This is a fun light.  It’s very well built, has multiple Nichia emitters, and a very versatile UI.  It’s a bit large for a keychain light, but I like it for a pocket light.

The standard cardboard Lumintop package, with a logo and a bunch of specs on the back.

The manual is a long sheet with all the necessary information, and a bunch of languages.

I really like this manual, aside from the layout.  The UI flow chart is particularly nice!!

The Geek is a solid little light.  It has a certain feel when in use that makes clear that it’s put together well.

The internal cell is held in place with two Torx screws.

The secondary emitters are on the same side as the switches, and can be seen through the frosted lens cover.

One side of the light has three other emitters, too: Red, blue, and green. 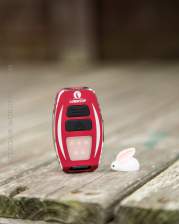 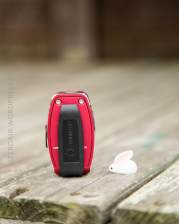 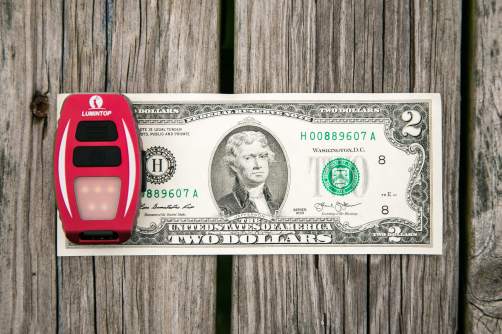 By no means is this the smallest keychain flashlight!

The primary means of carry is a pocket clip, which attaches through the lanyard loop on the tail of the light.

I say it’s the primary, and in the same sentence mention the lanyard because the clip comes attached and the lanyard is only included.

The clip is quite broad, but it’s purpose driven. 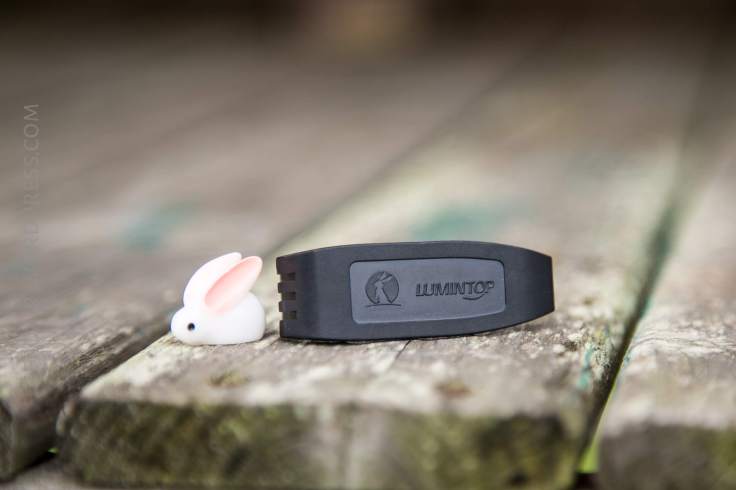 It’s reversible!  It’ll go on either side of the light, and when on the switch side, it covers the buttons perfectly, preventing accidental activation.  Except if you use it as an actual pocket clip, in which case you stand at least as good a chance of accidental activation as if you had the clip on the other side.

The lanyard attaches only through the tailcap, but in the usual way.  The orange of the lanyard and red of the light clash so badly I couldn’t bring myself to photograph it.

The light is powered by an internal cell, which is not removable or replaceable.  It’s accessible via the back cover, which is held on with two Torx screws.  It’s a lipo cell, claimed at 530mAh. 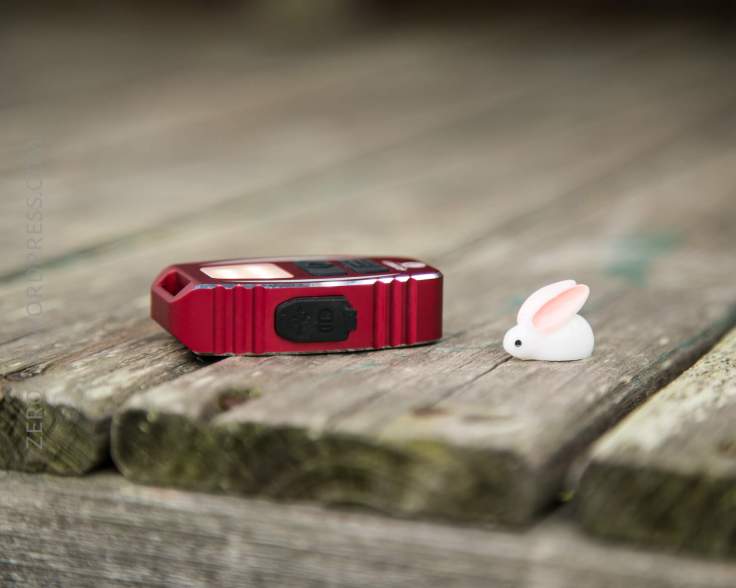 Output on high is very stable for the duration of the runtime.  The light switches to very low, but it does not switch off completely.

I’d intended to runtime on Medium… instead you get a low-then-medium Runtime.  Both modes are very stable.

Of course the light has on-board charging as well.  This is achieved by a micro-USB port on the side of the light, covered by a press-in rubber boot. 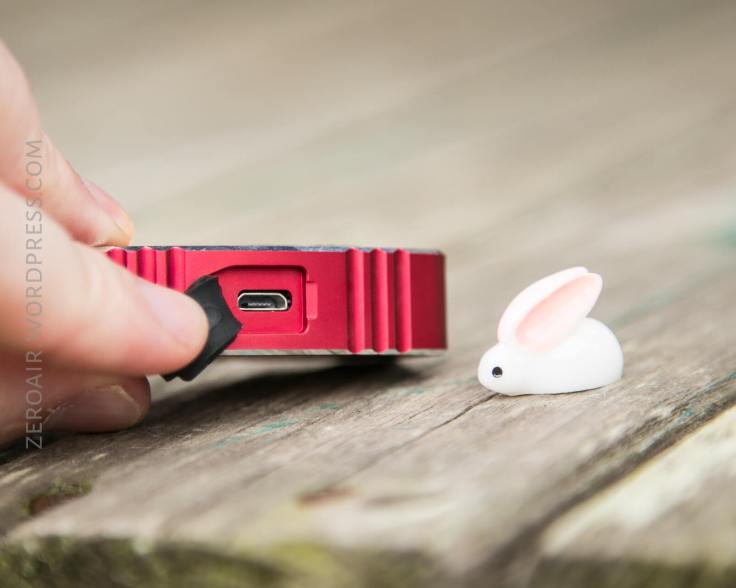 Charging happens at around 0.45mA, which is a great current (Almost 1C) for this 530mAh cell.  I tested the cell at ~550mAh and ~460mAh- I think the lower number was just a result of the cell not being nearly as depleted.

One big bonus built into the Geek is a side strip of emitters: Blue, Green, and Red.  These are used for (and only for!) displaying the current charge of the battery.  The indicator displays as follows while charging:

It also seems to maintain some of this functionality while off the charger, too.

There are two switches on the Geek.  The middle one is a power switch, and the other is a function switch.  They’re clicky e-switches, and provide quite a large surface for clicking (though they’re really only clicky right in the center).

Here’s a blow up of the UI flow chart.

Note that the website lists the high mode for the side emitters as 350, while the manual states the (obviously correct) 50 lumen high.  I can’t measure the lower modes in my tube.  Sorry!

The main emitter of choice is a Cree XP-L HD.  It’s behind a dimpled optic, and provides a diffuse beam. 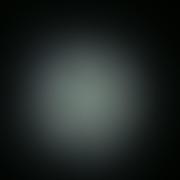 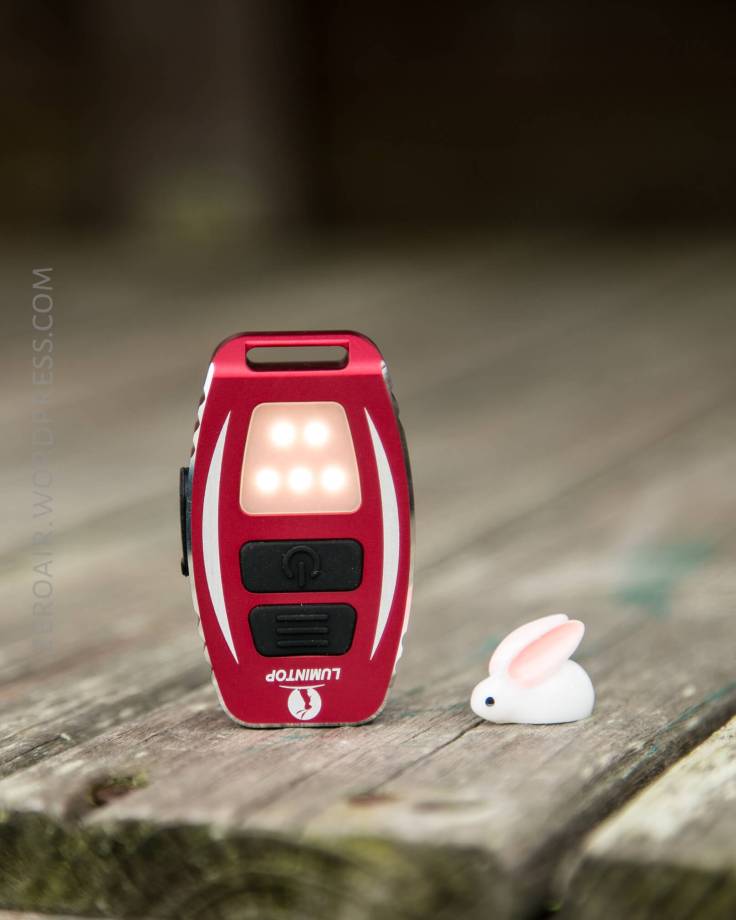 All of the modes here are so dim that my usual output test doesn’t even show them.  But it’s still good data.

I really don’t think there’s anything else like this one.

I hope to finish a Nitecore charger soon, and lights, more lights!