I reviewed the original Backnife a long while ago.  I liked it!  There were a couple of things I wasn’t satisfied with, though.  Backnife addressed those and got back with me on an updated version of the knife.  They sent a couple out for some updated photos!  Not a review per se, but mostly updated photos.

That’s a link to the Kickstarter, where this knife is available.

This is version two!  It’s available in a few body colors; red, black, and teal.

Just like in version 1, my Backnife arrived in an envelope, taped to a letter.  I expect there will be some real packaging for the retail units, but honestly this is good enough.  Keep shipping cost down, and probably gets to you faster (maybe, I actually don’t know that). 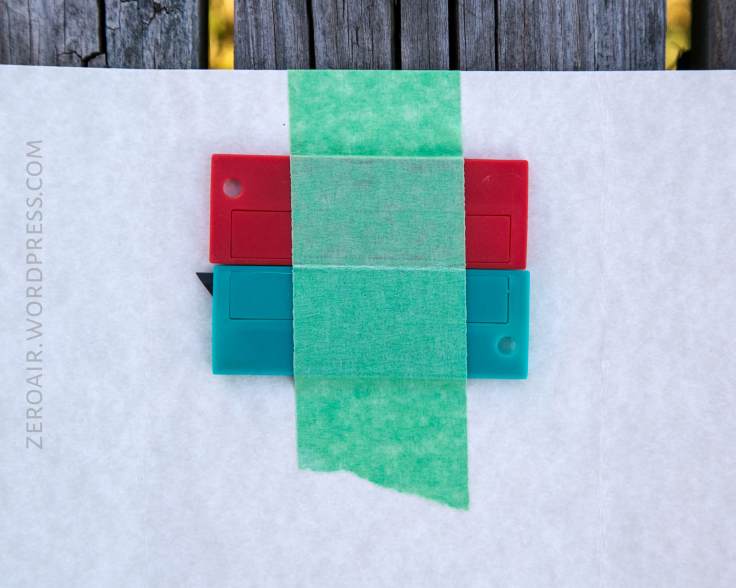 There is no manual of course; it’s a ceramic knife in a plastic sleeve.  If you need a manual to operate this, then you probably shouldn’t be operating this.

The Backnife still has a nice look – but this time with a black or more metallic looking blade.  It’s bright and easy to spot.  Orange would still have been a vastly superior choice. 😛

To open, the blade must be slid outward.  It’s not hard, but does require a fingernail or something.  It doesn’t slide out accidentally.

To close the knife, I usually just push the tip onto something and let the blade slide in.

There’s really no locking the blade in place.  There’s a stop at the back of the blade, to keep the blade from ever poking a hole through the wrong way.

This is a pretty nice little unit.  Not really much different from v1, to be sure.  Version 2 removes the little built-in springy bit that was meant as a stop, but never really worked as a stop.  This new version (on top, below), removes that little stop, and relies on the user to hold the blade in place. 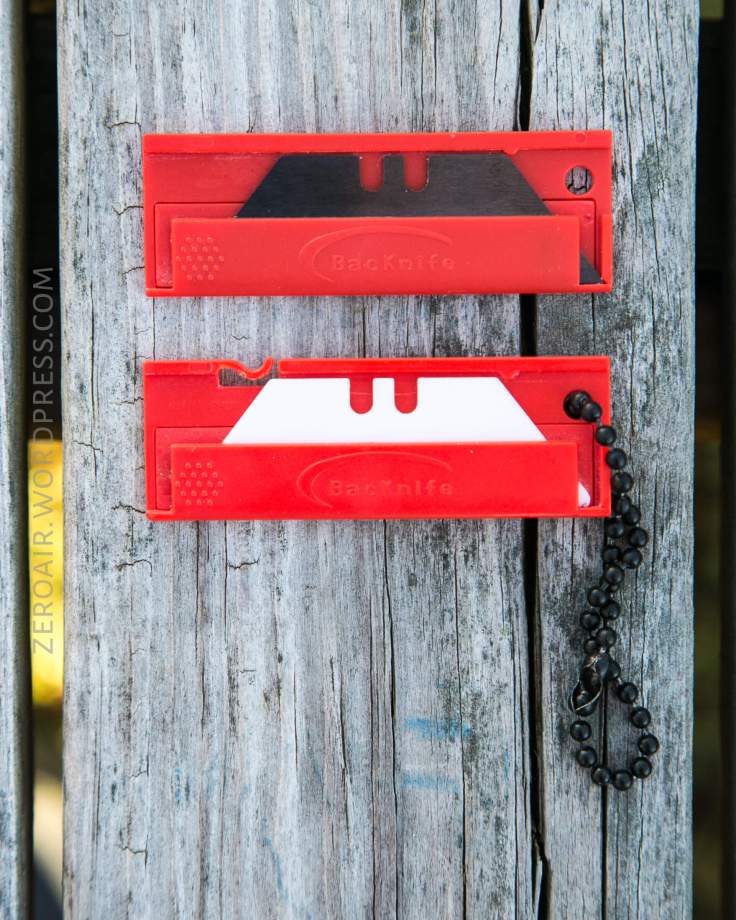 Is that a better option?  I don’t know.  Probably?  Because now I don’t think the device is going to stop the blade, and I know I must. 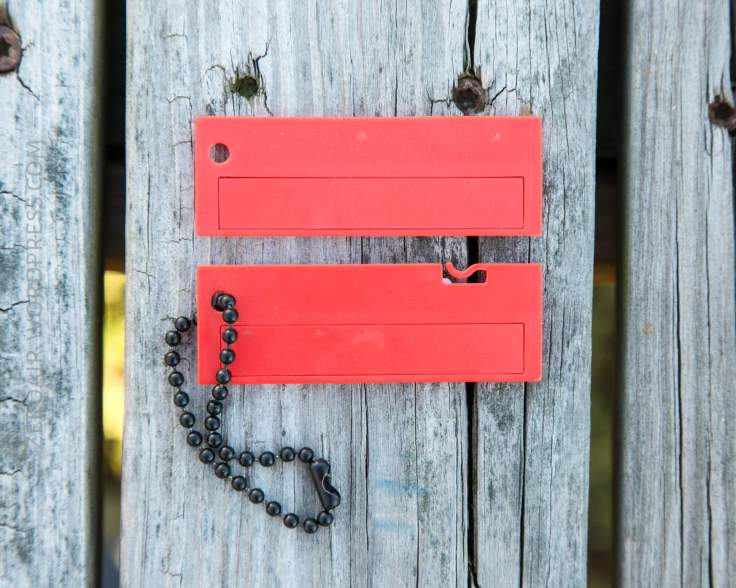 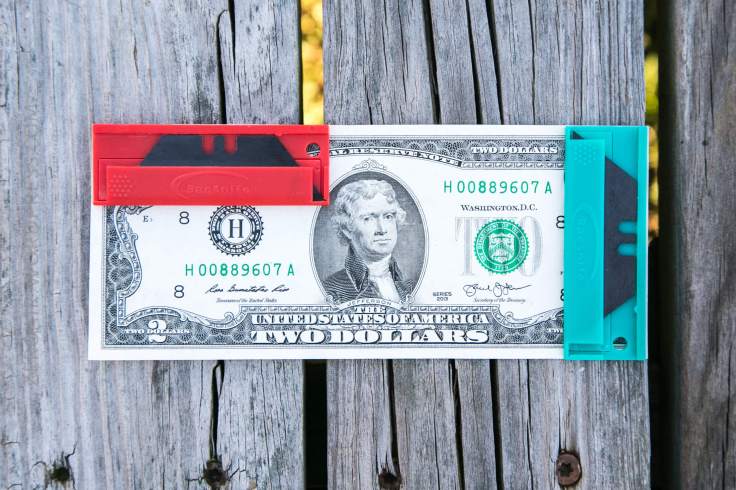 My normal reviews included this section; I’ll leave it…. This blade isn’t steel at all.  This blade is ceramic.  It blade arrives very sharp.  I can’t think of sharper.  I’ve used it for daily type stuff, and I’m pleased with it. 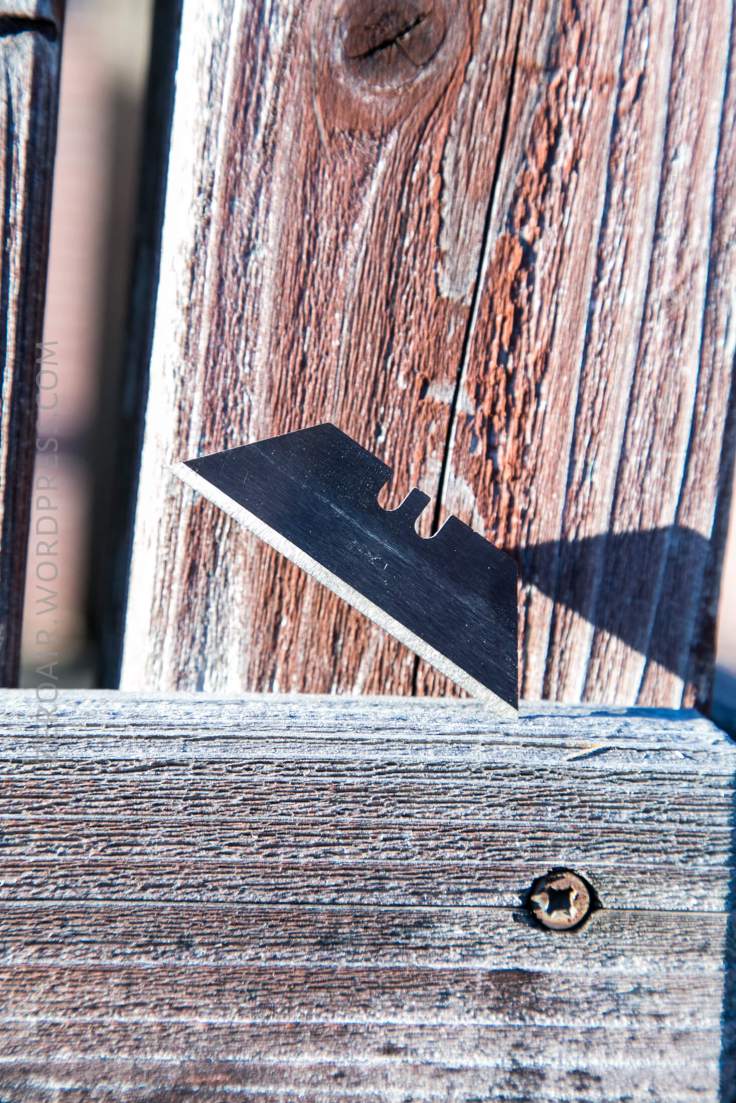 This version doesn’t include a chain like v1.  I didn’t find the chain all that useful, so this isn’t a loss to me.

Tomorrow I hope to wrap on a flashlight, but we’ll have to see!  Stay tuned!